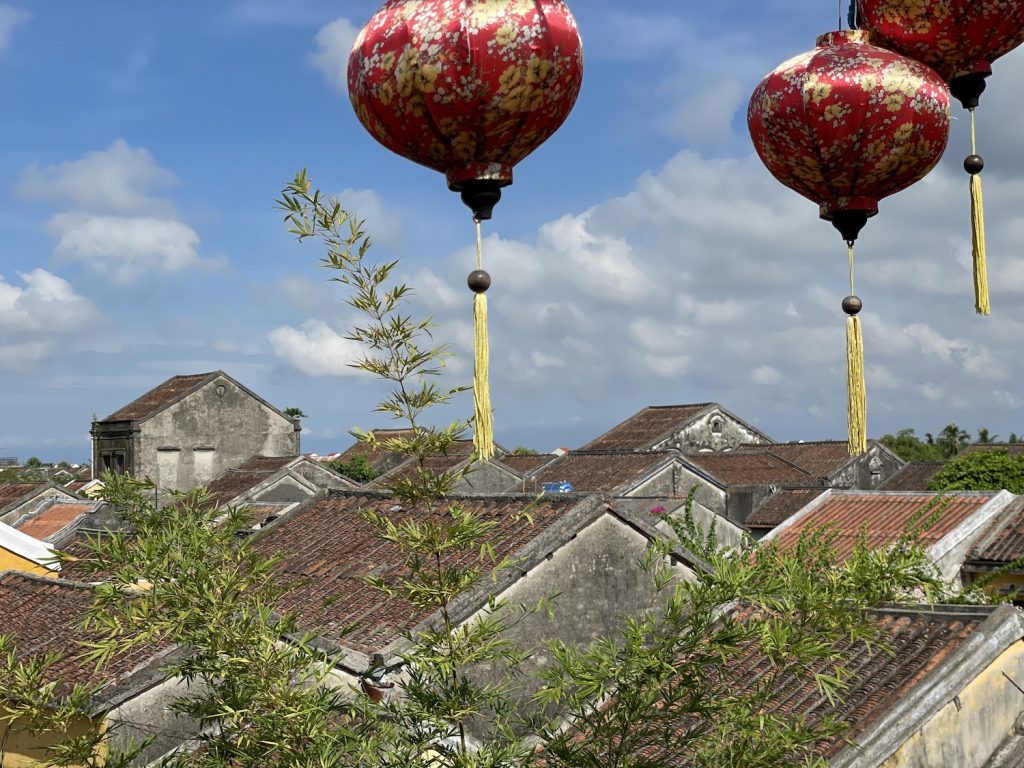 After a gap of 20 years, I finally made a return trip to Vietnam again to appreciate the differences in the development of the country. Although my memory of Vietnam had faded, I still managed to recognise some of the locations in Hanoi.  The overall infrastructure is obviously a lot better than 20 years ago but it still gives you an authentic taste of communism throughout the country.

In this post I will share our experiences, surprises and recommendations of key sights to explore.  The no. 1 mistake that most people make is to underestimate the size of this country.  If you take just one week you will barely see much, the country is small but long and travelling between the cities has the potential to waste your valuable vacation time.  However, depending on where you are heading to and when you travel, you could enjoy the trip by taking a more leisurely journey via train.

Here are the train stops we made: Hanoi -> Dong Hoi (Phong Nha) -> Da Nang (Hoian).  Ensure you take the day time to travel between Dong Hoi to Da Nang, some of the views over Da Nang coast are quite breathtaking.

A little thing good to know about the train journey:

Where to book tickets or check the schedule?

Here is the official train website: https://dsvn.vn/, it’s a good place to check the train time table as it turned out to be the most accurate information.

There are plenty of other 3rd party train ticketing platforms where you can reserve or buy in advance, however things might not go as planned so I chose to  wait until I get to the place. This was a huge mistake.  I struggled to buy the desired schedule due to high demand; most of the trains sold out their seats.

Just good to be aware of …

Don’t get fooled by the option ‘Extra Seat.’  When you see the normal seating or bed spaces are sold out, you occasionally see Extra Seat in the train floor plan, never buy these unless you are desperate.  If I’d known what Extra Seat meant, I would have never got on that train. Extra Seat is literally giving you a low plastic stool you put in the corridor outside the cabin.

The train can be extremely packed and there seemed no limitation on taking on extra people. The corridor is also filled up so having that plastic chair and paying for it makes no sense.  We were advised to sit in the restaurant car that is always in the first carriage, despite the smell and hard wooden seat, at least we got to relax in the restaurant for the 6 hour journey.  By the way, people still can smoke in that restaurant cabin which is pretty unusual.  All the cabin crews normally congregate in the restaurant, and people enjoy singing  karaoke publicly.

A little wiki about Hanoi:

Hanoi is the capital of Vietnam, located in the northern region. The city is enriched with centuries-old architecture and influenced by French, Chinese and Southeast Asian cultures. At its heart is the chaotic Old Quarter, where the narrow streets are roughly arranged by trade. There are many little temples, including Bach Ma, honouring a legendary horse, plus Đồng Xuân Market, selling household goods and street food.

We did our trip in July, this is actually the worst month visiting Hanoi. It’s a sauna-like environment outside your hotel room.  Most activities in and around this city are invariably outdoors so unfortunately is no way you can avoid enduring the heat.

What to see in and around Hanoi? Check out my highlights:

Train street – enjoy a coffee or fruity drink at a cafe by the train tracks and get a good view of the train as it rockets through the narrow street.  You can see this during the day on weekends but on weekdays the train runs through the street in the evening.

Strolling in the Old Quarter – take a half or a whole day strolling around in the Old Quarter. There are plenty of cafes, restaurants, a mix of Vietnamese architecture, green spaces, ancient shops which can be easily explored on foot.

Pho 10 – although Google Map had given this place 4.1 rating out of 5. I still highly regarded it as the best place to taste authentic Pho, it’s cheap and tasty! Despite the service quality being a bit bare minimum, we enjoyed their Pho.

Unfortunately we didn’t manage to see Halong Bay due to storming weather conditions around the bay, as well as our tight itinerary.  Our agent recommended visiting Ninh Binh (known as “Halong Bay on land”).  The full day itinerary for Ninh Binh from Hanoi is pretty identical regardless which tour agency you go with. You should expect to visit 3 major places:

How to get to Phong Nha National Park?

There are buses that can reach the park directly from Haoni.  In my opinion, the train would be more fun and adventurous. You will have to take the train to Dong Hoi first then arrange a taxi pick up from the station.

The train ride was comfortable, mostly evening trains. We were lucky that the whole 4 bed cabin was just for the 2 of us.  The air conditioning was powerful, the train service will give you a single layer sheet but it’s not enough to keep you warm after hours of sitting in the air conditioning cabin.

Upon arrival, we were greeted by our driver. The guesthouse arranged taxi ride cost VND 400,000 for a 45 minute drive.

What to do and see Phong Nha National Park?

In my opinion the best way to get around is on a scooter, it’s safe to scoot around the town and the surrounding area. Most roads are paved so it is easy to get around.  It’s a very quiet and peaceful place to explore, simply enjoy the green and breathtaking scenery. Stop and go whenever you feel like and enjoy the countryside atmosphere.

There are many caves to explore, make it at least 2 days to explore the region. One of our highlights was the Paradise Cave, it was very impressive. This place just reminds me of the movie: “Journey to the Center of Earth” (the one with Brendan Fraser).

Phong Nha Cave is the most popular one but it’s only accessible by boat. You either pay for the entire boat or you can join a tour group. The boat is a 12-seater, not really ideal for solo travellers or couples, although it’s inexpensive.

Getting to Hoian from Phong Nha

Apart from taking the train from Dong Hoi, there are bus options which will save time and hassle; however, these direct route options leave early in the morning between 4am to 5am. Do double confirm with the agent if it’s a non-stop route. The guesthouse host gave us options which required 2 changes at Dong Hoi and Da Nang, which made no difference if we were going via train. Also all buses leave early in the morning regardless. We eventually decided to take the 8am departure train from Dong Hoi to Da Nang. The train journey took 6 hours. In the last hour, the train ran by the coast line and it’s very scenic.  Between Da Nang and Hoi An by taxi only takes 40 mins.

A little wiki about Hoi An

Hoian is a well-preserved ancient town on the central coast of Vietnam, the city cut through with canals. A mix of eras and styles from wooden Chinese shophouses and temples to colourful French colonial buildings, ornate Vietnamese tube houses and the iconic Japanese covered bridge with its pagoda.

Hoian is listed as a UNESCO world heritage site since 1999. The old town is recognised as an example of a Southeast Asian trading port dating from the 15th to 19th century.  Its buildings and street plan reflect a blend of indigenous and foreign influences.

My highlight of Hoian is sitting on a rooftop balcony overlooking the tiled buildings in the surrounding town.

My Son Sanctuary from Hoi An on a scooter

After spending a day strolling through Hoian ancient town, it’s always nice to get outside of the city. My Son Sanctuary is approximately 40 mins away from the city on a scooter. The route is easy to navigate and the roads are paved. However, if you can be very adventurous, there are plenty of roads that cut through rice fields and countryside roads, which eventually lead to the main road towards My Son Sanctuary.

My Son Sanctuary is a complex of Hindu temples located in a rainforest. It’s a mini version of  Angkor Wat. The temples were built between the 4th and 14th century by King Bhadravaman, the purpose of the complex was to worship the Hindu God Shiva.