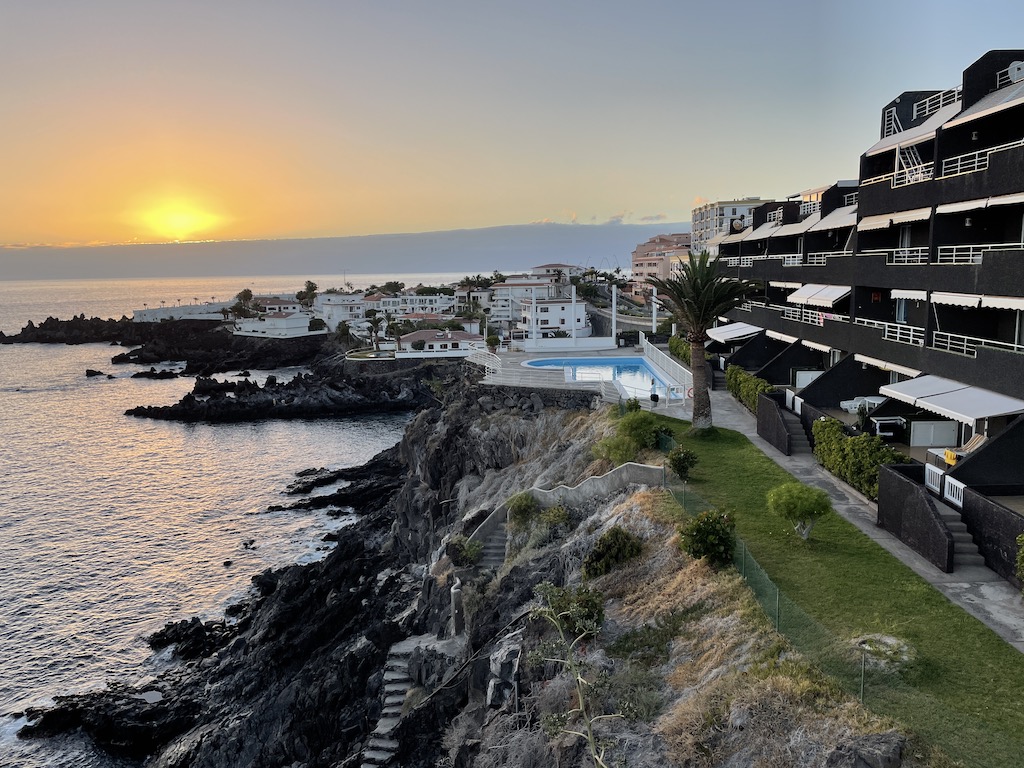 My top 8 highlights of Canaries and its must see sites

Where to visit during this COVID crisis? Lockdown and the dynamic entry requirements limit our options for places to getaway. We were able to escape to the Canaries during this pandemic. Although there was a bit of hassle for departure and entry, it was totally worth it.  Here I summarise my top 8 highlights and must see sites of my recent visit to the Canaries: Fuertevendura, Lanzarote, Tenerife and Gran Canaria.

When should you visit Canaries?

We visited the islands twice, once at the end of December and the other the end of June. Both trips were great weather.  Personally I prefer the weather and temperature more in December, it was warm enough but not warm enough to soak in the sea.

Try to reserve your accommodation as late as possible just so you don’t end up cancelling the booking due to entry requirement changes. Although there are plenty of places that offer free cancellation, it’s nice to give yourself the flexibility.  We booked our accommodation literally the day before we were due to take off.

Residencial Playa de Paraiso in Fuerteventura is still in the lead so far despite so many other amazing places I have visited so far.  This accommodation sits right on the side of Playa de Sotavento, overlooking the sea and some mountain ranges from the balcony.

Within a short walking distance you would reach 2 beaches, one beach is more private and compact and the other one is the larger Sotavento beach. There were plenty of activities to do on the beach, however during the pandemic many of these were closed.  It didn’t bother us so much as we enjoyed it just for the location.  The supermarket is only 2.7km away from the apartment, so we could go shopping conveniently.

Nothing could be any better than having some really chillaxing days in such a location and with lovely views. So this place is my top one accommodation I have ever stayed so far.

A little wiki about Timanfaya National Park, it is located in the southwestern part of Lanzarote.  The area is 51.07 square kilometres (19.72 sq mi) and the parkland is entirely made up of volcanic soil.

The statue El Diablo by César Manrique is its symbol. It is the only Natural Park in Spain which is entirely geological, also Timanfaya National Park represents a sign of recent and historical volcanism in the Macaronesian Region. Recent volcanic eruptions occurred during the 18th century as well as in the 19th century.

We stayed in the nearby town Tinajo, which we’d driven past through this national park.  It was breathtaking and an impressive scenery, you see nothing but the sea of lava rocks with no borders. An alien world-like scene requires a minimum of 2 full days to explore.

Tinajo was a great and convenient location for exploring the region.

Bodega La Geria is located in the heart of the most important wine-growing area on the island of Lanzarote, this winery being the oldest in the region and one of the oldest on the island. In Bodega La Geria, you can enjoy this spectacular landscape, unique in the world and also taste the exclusive wines made from the Malvasia Volcanica grape. With spectacular views of the main valley of La Geria and the National Park of Timanfaya, Bodega La Geria is considered one of the most visited in Spain. For guided tours, a pre-reservation must be made.

A little wiki about the Maspalomas Dune are sand dunes located on the south coast of Gran Canaria. A 1,000-acre protected area as a nature reserve since 1987.  They were one of the contenders in the 12 Treasures of Spain competition.  This place was formed by sand from the now subdued marine shelf, when it was laid dry during the last ice age and the wind blew the sand towards the coast of the island.

It’s a very strange area to be honest, the wind around the area was really strong at the time when we visited.  You are allowed to walk over the sand in your own direction despite the large area.  You can of course follow the footpath if you don’t want to get lost.

At the end of the sand dune, you ended in Maspalomas beach.  It’s pretty busy and a mixture of nude sand bathers.  We went in empty handed which was absolutely wrong, you needed water and it’s about 3km walk over the dunes if walking in a straight direct line. Going up and down is fun but tough, some dunes were formed very vertically down so we had to walk around the dune.  I just wasn’t brave enough to slide down the dune. That could be fun!

El Teide is described by UNESCO and NASA as Earth’s third-tallest volcanic structure. However, as Teide was formed just 170,000 years ago due to volcanic activity following a catastrophic landslide, Teide’s base is actually situated in the Las Cañadas crater (the remains of an older, eroded, extinct volcano) at a height of around 2,190 metres above sea level. Teide’s elevation above sea level makes Tenerife the tenth highest island in the world.

Teide is an active volcano and its most recent eruption occurred in 1909 from the El Chinyero vent on the northwestern Santiago rift.  The volcano and its surroundings comprise Teide National Park, which has an area of 47,000 acres and was named a World Heritage Site by UNESCO in 2007.

We stayed in the east of Tenerife as well as the west side of the island.  I didn’t realise that the east side of Tenerife experiences worse weather conditions than the west.  On the west side it’s a much dryer atmosphere than to the east.  When we first entered the mountain range from the east, after approaching 1000 metres above sea level, the forest on the mountain became clouded and invisible despite so many viewpoints. Clearly it could have better weather conditions.  We gave up on the drive and didn’t realise the best view is above almost 1500 metres above sea level.  On our 3rd time trying to get to El Teide, we were speechless when we finally saw the clouds were below us.

This park is really large, we went up 3 different times in order to visit the amazing and breathtaking sites.  In general entering from the west side of the island could be much more pleasant in terms of the window views.

The Montaña Amarilla natural monument is a protected landscape located in the south of the island. It is made up of a volcanic edifice that originated due to phreatomagmatic eruptive activity.  Eruptions that are accompanied by explosive phenomena when the magma comes into contact with seawater.

Amarilla beach itself is very picturesque with the volcanic cliff wall in the background.  It was worth the visit. However, I would watch out for the green algae covered wet stone surface, as I slipped over badly as I failed to account for just how slick it was..

The best time to visit Canaries I would still consider is the winter months. Days are shorter but you are guaranteed to see the sunrise and sunset. I felt the most peaceful moment in a day is when the orange colour spreads over the sky, regardless of day or night.  In all islands I’ve been to so far the Canaries offer a great sunrise and sunset. In the winter months, sunrises at 8am and sets at 6pm, so you would still get decent enough daylight to explore.