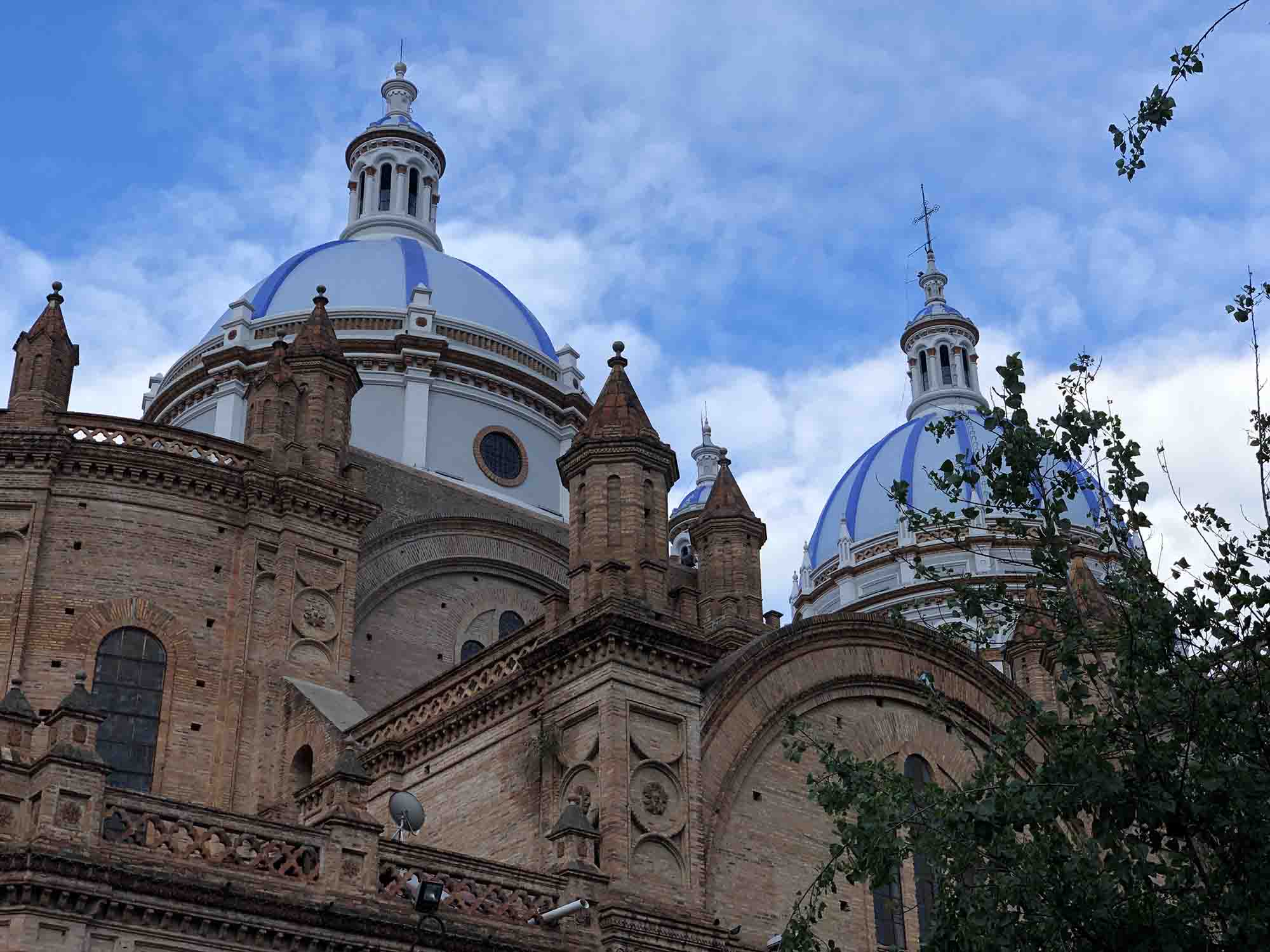 Exploring Cuenca and Its Surroundings

After a chilled morning browsing through the little village of Vilcabamba, we checked out of Hostal Eterna Juventud at 11am and hopped on the bus for Loja.  By the time we arrived in Cuenca, it was almost 6pm.  Cuenca is much busier in comparison to Vilcabamba.  The atmosphere was more urban and vibrant.  We were excited to explore its surroundings and the two key sites: Cajas National Park and Ingapirca.

Get to Cuenca from Vilcabamba by bus

You first need to take a local commuter bus from Vilcabamba to Loja (1 hour), which departs every 30 minutes.  Then, you catch a bus from the Loja bus terminal to Cuenca (4 hours).  There were plenty of companies operating this route passing Cuenca which you can also hop on.  No need to pre-book the ticket.

A little wiki about Cuenca

Santa Ana de los Cuatro Ríos de Cuenca, commonly referred to as Cuenca, is the second largest city in Ecuador.  Cuenca is located in the highlands, at about 2,560 metres (8,400 feet) above sea level.  The center of the city is listed as a UNESCO World Heritage Site due to its many historical buildings.

Where to stay in Cuenca?

Location is pretty important when it comes to a large city.  We lodged in Hostal Casa Central, the location was just convenient.  Walkable distance to many restaurants, shops and most historical sites.

We strolled a bit in town and booked our day tour to Parque Nacional Cajas.  Not until after I had been to Quito, I realised something that is quite different in Ecuador in comparison to Northern Peru.  In these bigger cities, you don’t find any tour agencies as you would see in every corner in a smaller town.  I found it’s more convenient to reserve your day trip tour via a tour agency’s website and pay online.  As we arrived in Cuenca pretty late it took us a while until we could find a tour agency where we paid for our next day tour to Cajas National Park.  The cost of the tour we paid was $55.

It was a pretty good experience with that tour, they even provided wellington boots (this is part of the tour price).

What to expect on a Day Tour to Cajas National Park?

This was pretty much an organised trekking tour through the park.  There were 5 stops altogether for the day starting from 9am until 4pm including lunch.  We were first taken to a local residential house where we picked up our wellington boots.

The second stop we made for the first loop was around the lower level (still, it’s 3,160 meters above sea level) of the park where you see most vegetation and forest.

Third stop we made was at the highest view point to oversee the park. This viewpoint was just 5 minutes away from our fourth stop, where we had our second loop around the park on a higher level, approximately 4,000 meters above sea level.

The second loop was more scenic than the first loop at the lower level.  Due to the rain force, the ground was soft like a sponge.  The treks for both loops were easy going and scenic, each loop took about 1 hour including the guide explaining some of the vegetation we walked past.

The final stop we made was at a local restaurant near the park for our late lunch (at 3pm), it’s a typical tourist restaurant.  The tour included a set menu, drinks can be bought separately by ordering from the restaurant.  We were given a free shot of a tequilla-like acoholic beverage as well.

After we arrived back in Cuenca, we spent the rest of the early evening just enjoying the urban vibe and strolling around the streets. Appreciating the colonial and historical architecture.

An interesting wiki about the New Cathedral of Cuenca

The Cathedral of the Immaculate Conception known as the New Cathedral of Cuenca, is the cathedral church in front of Parque Calderon, central Cuenca.  This is a standout building with blue and white stripes on domes, you won’t miss it.

A German-born friar Juan Bautista Stiehle who arrived in Cuenca in 1873,  on suggestions made by Bishop León Garrido.  The Cathedral took over the function of the nearby Old Cathedral.  Construction works started in 1885 and lasted for almost a century.  This building combines many architecture styles, but Romanesque Revival is predominant.

Its towers are truncated due to a calculation error of the architect, which f they had been raised to their planned height, the foundation of this Church to the Immaculate Conception, would not have been able to bear the weight.  In spite of the architect’s immense mistake, the skyline of its domes has become a symbol for the city.

I am sure there was so much more to offer in Cuenca itself, however, we had to move on to continue our journey for the next stop in Alausí.  Alausí wasn’t on my initial plan however we were travelling a lot on busses. Exhaustion from the long bus journeys helped us to change our plans and split our journey in Alausí before reaching Baños.

Ingapirca Ruins is very conveniently located 80 kilometers (50 mi) north of Cuenca, it’s on our way up to Alausí.  So we shouldn’t miss it.

Ingapirca means “Inca wall” in Kichwa, and is one of Ecuador’s most important set of pre-Columbian ruins.  The sight of the Inca sun temple standing on a hill with panoramic views over the surrounding countryside is highly impressive, and the site has a fascinating history.

These are the largest known Inca ruins in Ecuador.  The most significant building is the Temple of the Sun, an elliptically shaped building constructed around a large rock.  This archeological site is pretty large, and offers different hiking routes.  You can easily spend the entire day exploring its surroundings and appreciating the scenery.

What to expect when visiting Ingapirca?

The main Ingapirca archaeological site is protected, as part of this you must join a guided tour.  No pre-booking is required, and it’s part of the entrance price.  The tour runs every 30 minutes, just to ensure the groups don’t cross each other.  You can only walk the routes the guide is taking you.  The entire walk around lasts 40 minutes.

How to get to Ingapirca from Cuenca by bus?

I thought it could be a mission to get to Ingapirca as its location was a bit rural.  There were tour operating buses available, but we decided to take a local commuter bus.

Getting a taxi is also a good idea

Just be aware that the local bus from Cañar to Ingapirca takes 45 minutes as it goes through an indirect route.  We took a taxi back from the site to the Cañar bus terminal, it cost $18 for the journey and took approximately 20 minutes.

How should you deal with your left-luggage in Ecuador? Is there luggage storage in bus terminals in Ecuador?

I brought up this question as I spent so much time hunting for such information but with not much help.

What I did was, I just popped inside any local store inside the bus terminal and asked the shop assistant to see if I could leave my luggage there.  They usually charge you for $1 and you must return before they close the shop.  I think in most developing countries, people would have that flexibility, which is unlikely to happen in any of the EU countries or the North American continent for safety reasons.  I miss Japan a bit in that regard, they have lockers virtually everywhere which was really convenient for people just to temporarily store anything while out.