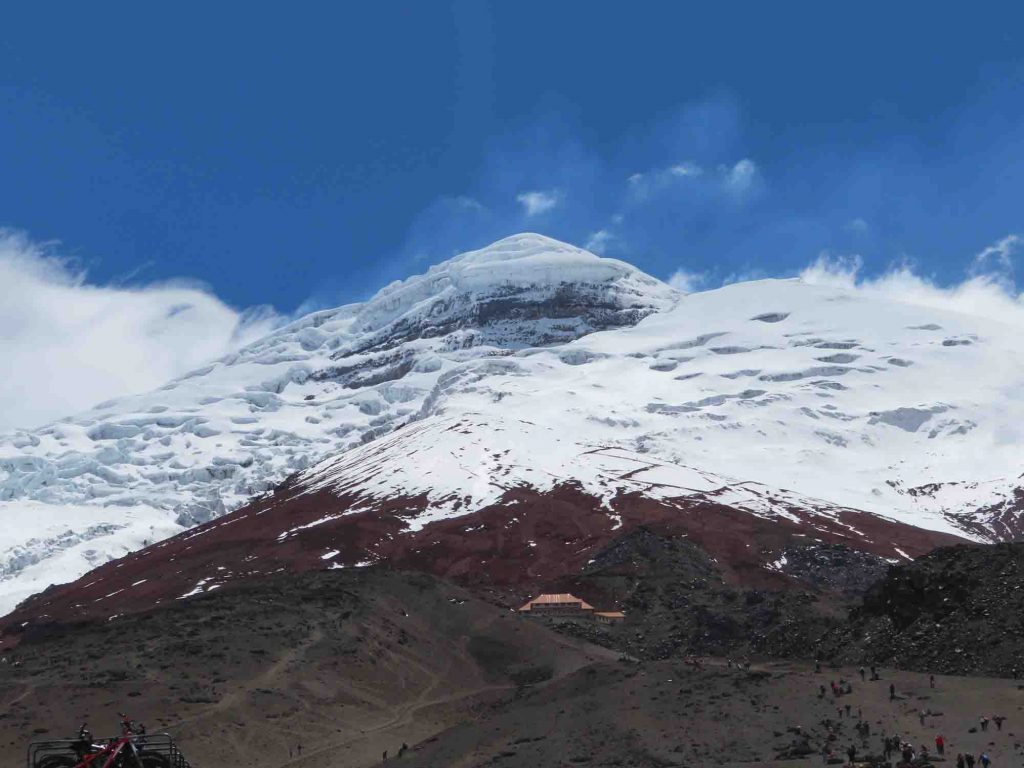 A complete bus journey to the middle of the world, Cajamarca to Quito

December 2019, a complete bus journey from Cajamarca to Quito. Real experience, covering a total road distance of 1711 kilometers. If you were going with a private car, this would take approximately 33 hours to complete. Some research did help me to mark down the stops and areas to explore along the way, however some information regarding the bus services was either not available or just out of date. Here is a complete guide to discovering our recent trip made in 2019.

A journey map of our footprint, starting in Cajamarca, Peru and ending in Quito, Ecuador.

How to make your trip flexible?

Planning a trip in advance is absolutely key to making the best of your trip in a limited time period, especially when you want to visit as much as possible in the destination country.

Make sure you have a key direction, as your trip progresses you may decide to break the journey up a bit. In our initial plan, we would have made 6 stops but we ended up with 8 stops due to the exhaustive bus journey.

We made a total of 8 stops in two weeks and I will continue to post blogs individually for each stop location with more travel details and tips. I will then link new post back in this page.

Read Pack Cajamarca in One Day

Although this post was about the bus journey, we actually didn’t use the bus to go from Cajamarca to Chachapoyas.

Cajamarca to Chachapoyas by bus

Virgen del Carmen is the only bus company connecting this two cities. There are 3 departures, two are overnight and departs either 17:30 or 18:00, one is a day journey which leaves at 05:00. However, you will need to reach out to Virgen del Carmen to confirm the departures as they don’t always operate the morning departure.

Cajamarca to Chachapoyas by taxi

We went to Chachapoyas in a private taxi transit which was facilitated by our taxi driver we encountered when we first arrived at Cajamarca airport. We paid 700 soles for the 12 hour drive with 2 stops in Celendín and Leimbamba.

The window view was dramatic!

If you have more time (and are sufficiently brave), you could have broken the journey up by taking local buses. Local commuter buses stop in different towns where you can find local lodging for the night, so you can explore the surroundings at your leisure.

I don’t recommend to go on a night bus purely due to the windy roads and you don’t want to miss the impressive view from the window.

Be prepared, this segment from Chachapoyas to Vilcabamba on the bus was long and boring.

Read the related post on: Chill in A Small Village Vilcabamba, A Bus Journey From Chachapoyas to Cuenca

Chachapoyas to Cuenca by bus

A little thing good to know: Cuenca Ranchero can be an alternative method for the journey between La Balza and Zumba, however it operates until 5pm so by the time you get to La Balza in Nambija Bus, you would have missed that Ranchero. Ranchero is more designed for travellers used to the local commute.

Vilcabamba was really a stopover to break the journey up. Otherwise we would have been so exhausted if we had come directly from Chachapoyas without any breaks.

Vilcabamba to Cuenca by bus

You first need to take a local commuter bus from Vilcabamba to Loja (1 hour), then go from Loja to Cuenca (4 hours).

The local commuter bus from Vilcabamba for Loja was pretty straight forward. The terminal is right around the corner from the town center and you won’t miss it. It departs every 30 mins. Once arrived in Loja terminals, you will just need to find the windows that sells tickets to Cuenca. There were plenty of companies operating this route passing Cuenca which you can also hop on.

Read related post on: Exploring Cuenca and Its Surroundings

Alausí was never in our initial plan, we decided to break the journey between Cuenca to Baños (7 hours). Alausí (3.5 hours) was kinda a half way to Baños which I heard a popular sightseeing train – La Nariz del Diablo.

Read related post on: Alausí, boarding on the Devil’s Nose train through the Andes

Visit Ingapirca ruins before getting to Alausí

Although there are plenty buses passing Alausí, we wanted to make a side visit as part of the journey to Ingapirca ruins. We had to take a local commuter bus to Cañar and visit the ruins for most of day. We aimed for a 3pm departure from Cañar to Alausí. Don’t worry if you miss that one, there are plenty of buses that pass through Cañar for Alausí.

Something to be aware of …

Alausí was never the official stop if you are hopping on a bus that go from Cuenca to Baños/Quito. With the bus conductor strong accent, you just cannot workout where you are.

Yes, we missed the stop. Luckily I was tracking the journey with a downloaded google map on the phone. I was able to see we were driven away from Alausí. We had to took a taxi from the service station back to town (we paid $10 for the taxi ride).

Bus journey for the rest of our Ecuador trip was getting much easier. Basically all the stops were all part of the main road between Cuenca and Quito, the two big cities of Ecuador. Finding the bus to hop on was pretty straight forward.

We left 3pm from Alausí bus terminal to Baños, the journey was 4 hours.

Read related post on: From Baños to Puyo, Immersing in the Ecuadorian Amazon Jungle

From Baños to Puyo, you could take the local bus which is easy enough. But just to save some travelling time, we joined a one-day Amazon adventure from Baños. I would say most of these Amazon Adventure Itineraries are all ended in Puyo, so we made an agreement with the tour agent to drop off us in Puyo Bus Terminal without returning to Baños. This would save us 2 hours bus journey.

Read related post on: Tune In to the Concert of Insects in the Middle of the Amazon Jungle from Puyo

Getting into Quito was the most easy route. We departed from Puyo bus station to Quito (6 hours)

Something to be aware of …

Puyo is not the official stop for some routes to Quito, so when you purchase the ticket you should ensure you know where to board the bus. We waited inside the terminal and the bus stopped outside the terminal which you would have no notification of. We had the ticket refunded and had to rebook the journey with another company which made Puyo as a starting point.

Read related post on: One of the Top Activities from Quito, Climbing Cotopaxi Volcano Summit