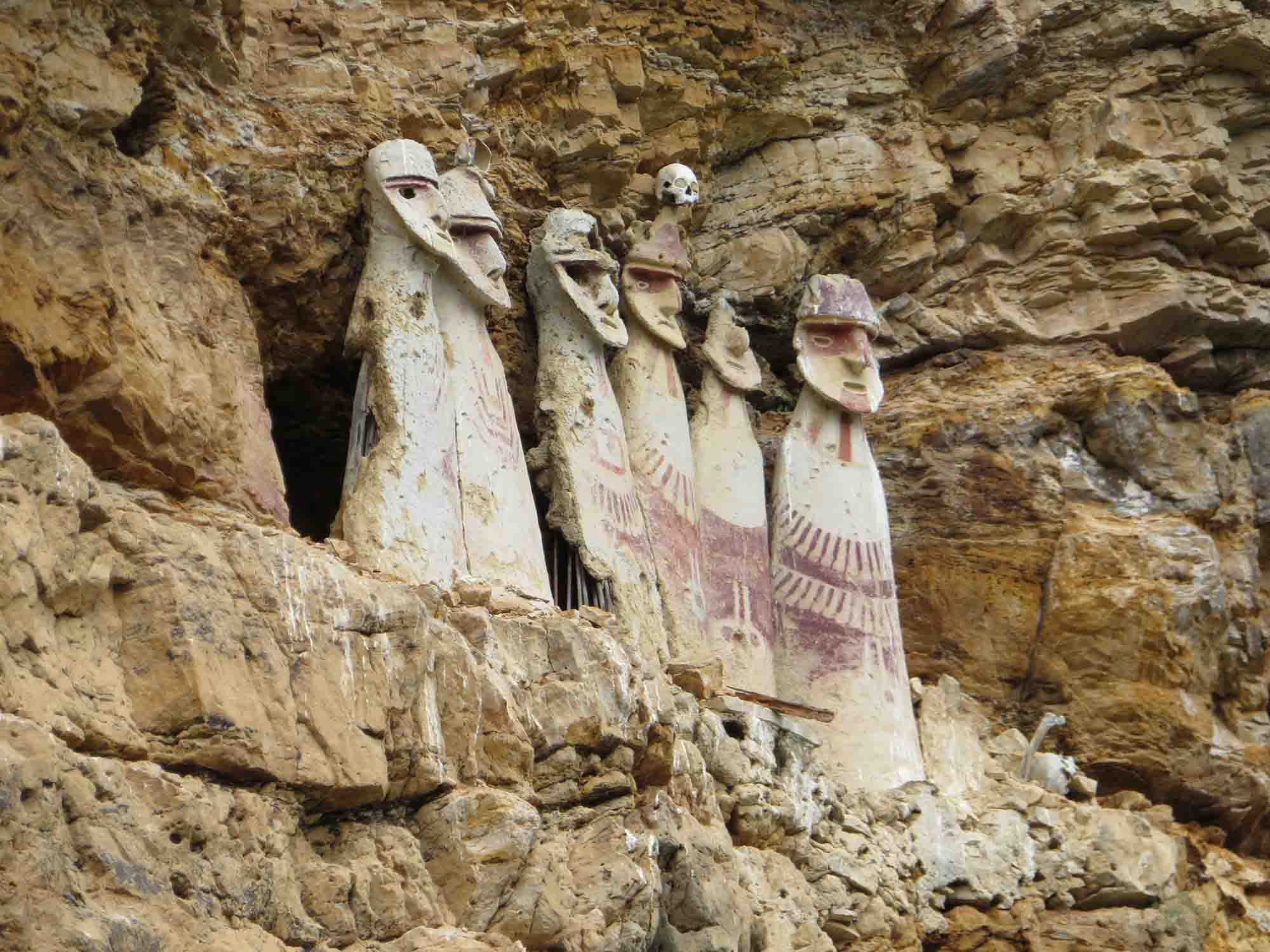 After a 12 hours drive through the Andes we arrived in Chachapoyas in the evening. We lodged in La Casa de Los Balcones, located very centrally near the main square, surrounded by restaurants and cafes.  Getting ready to explore the regional highlights of Chachapoyas.

Explore how you get around, read my post on A complete bus journey to the middle of the world, Cajamarca to Quito

Chachapoyas main square is definitely busier than Cajarmaca. You will see a lot more tourists hanging around.  I suppose this is the gateway to access all the classic attractions in Northern Peru.  There are plenty of tour agencies and operators just on the square, we popped in one and reserved our upcoming tours to visit the highlights. Check out how you can Pack Cajamarca in One Day.

A little wiki about Chachapoyas …

Chachapoyas, also called the “Warriors of the Clouds”,  is a place located in the middle of the Andes among cloud forests of the southern part of the Amazon.  The Inca Empire conquered shortly before the Spanish in the 16th century.  Chachapoyas were one of the many nations ruled by the Incas, although their incorporation had been difficult due to their constant resistance to Inca troops.  By the 18th century, Chachapoyas had been devastated.  However, they remain a distinct strain within the indigenous peoples of modern Peru.

What to visit when you are in Chachapoyas?

How many attractions did we make?

We had only 2 full days to explore this region before catching our onward bus journey to Vilcabamba, Ecuador.  We had to consider the attraction’s distance to Chachapoyas so we wouldn’t get too tired for our journey.  After consulting with the local tour agent, we decided on the 3 day trips:

Day 1 – A day exploring the ancient city of Inca, Kuélap

Kuélap is the most popular attraction in the region which is a must see site. We joined an organised tour to visit the site.

What to expect on the day trip to Kuélap?

When you haven’t learnt about a place, it’s easy to surprise you.  And, I love it.  I love the unknown to surprise me in a good way.

Unlike our Macchu Picchu experience, we decided to join a guided tour and in a way it was kind of nice and relaxing.

All buses and cars were parked at the main gate to the site, so we had to change to a 10-minute ride on a local transfer bus to the cable car embarking point.

This cable car was opened in 2017, the first cable car in Peru.  Overlooking at the steep slopes and winding roads, I was pretty impressed that such a facility was built in the middle of the Andes.   There were some picture showing how they achieved this so you should definitely check that out.

The total journey took 20 mins long, if you wish to climb up to the site, our guide estimated it to be roughly a 35 hours hike.  This cable car makes for easier access to one of the most important archaeological sites.

After the cable car, we had to walk another 30 mins to the very top of the mountain where the Kuélap ruins sit.

Kuélap is also known as the Northern Machu Picchu.  Well, I don’t think so, but it’s a cute site.

A little Wiki about Kuélap

Kuélap or Cuélap was built by the Chachapoyas culture in the 6th century AD on a ridge overlooking the Utcubamba Valley.

Kuélap is located on a limestone ridge on top of a mountain at an elevation of 3000 metres, on the left bank of the Utcubamba River.  The area is covered with a cloud of forests, with a variety of trees, orchids and epiphytes.  There are about 12 archaeological sites and the main site of Kuélap is protected.

Be aware of the interesting weather conditions

The clouds over Kuélap are really unpredictable, you better bring a waterproof jacket.  The wind blows the rain in and out all year round.

We made an agreement with the tour agent for this custom itinerary.  We had a bit of drama in the morning, we didn’t get to depart at almost 10am when we were supposed to leave an hour earlier.  Huaylla Belen Valley is located in the province of Luya, the road to Belen was windy and mostly unpaved.  It took almost 3 hours to arrive from Chachapoyas.

The valley has extraordinary landscapes that stretch along over 6,000 hectares.  This place is little known by the visitors and you don’t see much advertisements.  A snake-like river lies in the middle of the valley, it’s very picturesque.  We first stopped at the view point overseeing free range cows.  Our driver shouted “Sal Sal” (salt in English), the cows would all come and approach you.  Apparently the cows like salt… good to know that.

Is Huaylla Belen Valley worth the journey?

This is hard to say, I love to see all natural beautiful landscapes so the journey was really good to me, despite the long hour drive.  There are no other activities you can do apart from greeting the cows in the distance, as the middle valley land is privately owned.

If you intended to hike somewhere from there, then, yes, it’s worth it.  The route is generally very scenic, some parts are just breathtaking.

From Belen to Karajia, it took about 2 hours to drive.  The main entrance was really local and authentic.  We had to pay a fee to get in where you get a key, don’t lose it otherwise you lose your deposit.

What is this key for?

After paying the fee, our driver just pointed in a direction where we just needed to follow the path and start to descend.  The path is pretty clear and simple, one line down.  We are slow walkers so we walked 40 minutes.  You will see a random gate blocking the path, where you will need the key to open the lock.  This is what is the key for.

A little wiki about Karajia

Karajia (also known as Carajia), about 48 km (30 miles) Northwest of Chachapoyas. Karajia is a group of bullet-shaped structures made of mud, wood, and straw, topped with an oversized head.  These structures sit on the cliffs.  Each sarcophagus has a face painted to look out over the valley and inside, there used to be mummies and offerings.  This location was very hard to find and remote, site was discovered in 1985.

Archaeologists believe that the characters with a skull on their head were warriors; while the symbols on one of the sarcophagi suggests it’s a woman.

Watch out and don’t miss the sarcophagi …

We had a camera with a 40 x optical zoom so we could have taken a really good shot of these sarcophagus, it’s pretty amazing work.

On the way back it started to rain so we sheltered for a while. While waiting for the rain we were approached by locals who offered to take us back to the start of the site by horse. This was a good decision as the rain did not stop the whole journey back to the car park.